The show - an old-fashioned melodrama set in the Old West town of Tombstone, Arizona – had something to please everybody; side-splitting humour, toe-tapping songs and plenty of audience participation. 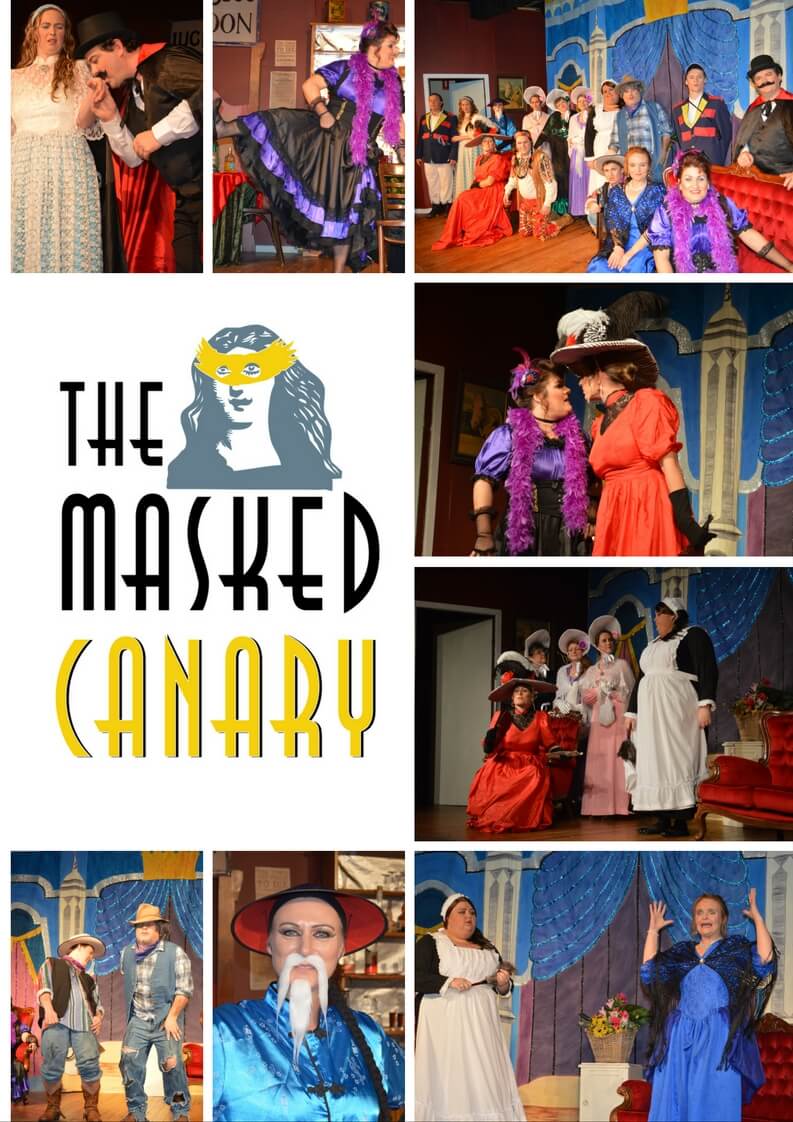 While the ensemble cast were all excellent, especially Louise Glanvill in the title role and Simone Fox as burlesque singer Peachy Jamm, it was two newcomers to the stage who stole the show; new St Columba's principal Damien Taylor as villain Judge Mortimer Harshly and Finley High School student Riley Nolen as Sidekick. Another newcomer, Council employee Camillus O'Kane was hilarious as Indian scout Lonely Wolf as was Judy Karakai as Chinese philosopher/detective Wing Tip.

Director Matt Hansen said "Seeing young people like Riley and Zeke Carruthers (who played a soldier), get involved with our theatre group was a real highlight of the production. Their enthusiasm and willingness to pitch in inspired us all."

With amazing costumes by Kelli Litchfield, gorgeous set design by Jacqui Curtin and hair and make-up by Jo Heazlewood, Bec Harvey and Korina Barry, The Masked Canary was a visual feast, beautifully lit by BADS veteran Malcolm Dickie. Even Frank Bush's old barber's chair made an appearance on stage – thanks to the kind support of the Berrigan & District Historical Society.

As always, the music and singing were exceptional – with Beth Rendell on piano leading the way as usual. Favourite songs included Marianne Whelan's rendition of "On the Stage" with assistance from Marg Graham, Julie Bortoli and Kelly O'Kane and Damien Taylor and Leigh Jeffress duet "I Adore Perfume" while Paul Glanvill and Rachel Head's version of "The Belle of Boston" touched hearts.

Accompanied with a few drinks and a scrumptious meal from Heather Barclay and her team, sitting in our beautiful War Memorial Hall – The Masked Canary was a fantastic event – well done to everyone involved.